With a plethora of options, it wasn’t easy to select just one title for my book study. In a way I cheated…I chose a book with 23 contributing authors and clearly divided chapters. Some of them I was familiar with: Howard Gardner, Cheryl Lemke, Alan November, Bob Pearlman, Douglas Reeves, and Will Richardson. Many I wasn’t. One thing is for sure, I’m going to get exposure to lots of different viewpoints and ideas relating to 21st century skills with this book.

I’m going to discuss some of the highlights as I read the book, one author (or chapter) per post. I’m starting with Ken Kay, president of the Partnership for 21st Century Skills – the nation’s leading advocacy organization for the cause of educational evolution.

Doing well in school no longer guarantees a lifelong job or career as it did for previous generations of Americans. Today, people can expect to have many jobs in multiple fields during their careers…The new social contract is different: only people who have the knowledge and skills to negotiate constant change and reinvent themselves for new situations will succeed…Proficiency in 21st century skills is the new civil right for our times.

I believe Kay is simply stating that we, as a school, can no longer focus our efforts on imparting massive amounts of knowledge on our students. We have to add two more goals to our agenda: they must be able to adapt to change and they must be able to cast themselves in new roles with the same skill set. School is now about knowledge AND adaptability.

Any employee who needs to be managed is no longer employable.

Kay indicates that a manager at Apple made this strong statement to him. Obviously, Apple is a company founded on innovation; one that has probably always expected its employees to take initiative while granting them autonomy to do their job in creative ways. But in the 21st century, it won’t just be science and tech companies that expect this of their employees. It will become the norm.

Global awareness is a new essential in the global economy…Financial, economic, business, and entrepreneurial literacy are new imperatives…Creativity and innovation, flexibility and adaptability, leadership and cross-cultural skills…These are the kinds of skills that set people apart.

Wow! That hits the nail right on the head. If I were to try painting a vision in your of the 21st Century Charger, tossing his or her cap in the air about to embark on life after “The Hall,” I couldn’t have selected the descriptive terms any better. If our students matriculate to college with the skills Kay mentions above, watch out world!

Rigor traditionally is equated with mastery of content alone, and that’s simply not good enough anymore…However, in the 21st century, the true test of rigor is for students to be able to look at material they’ve never seen before and know what to do with it. Infusing 21st century skills into core subjects actually rachets up the rigor. 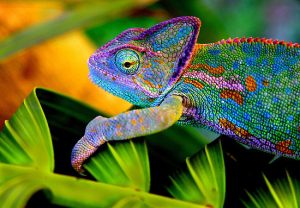 In a nutshell, in the quest to ensure rigorous curriculum, we must now include the 21st century skills mentioned in the previous statement. Kay drives home the point again…knowledge isn’t enough…it takes the right skill set and adaptability to prepare our students for success in the 21st century. I am so excited to be teaching at a school that gets that, during a time when this important shift is taking place. We are ahead of the game, my friends. And the future is bright. Put on your shades and let’s get to work.

Up next: Howard Gardner.